So far this week I (Mr Hugh Metzger) have introduced you to the excitement I’m having at LCS, meeting some incredible people, my sister Haz and little snippets of myself. 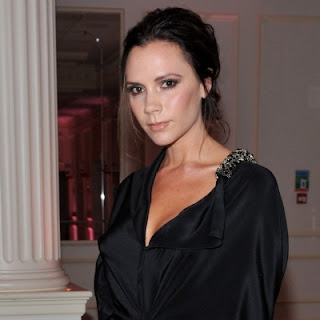 You all still need to know about one of my real style icons: Mrs Victoria Beckham (I will call her VB for short). I have loved Victoria for years now, I seem to have always seen something different in her to what the media (and I guess most of my friends) see. She has a sense of vulnerability and insecurity that most people interpret as moody, unhappy and generally quite stuck up.
Love her or hate her, VB is a true definition of somebody that is a real fighter, has determination and has fought through so much negative attention to finally become recognised as a fantastic designer who understands clothes and fashion. She’s living proof that you have to work extremely hard to get where you want. 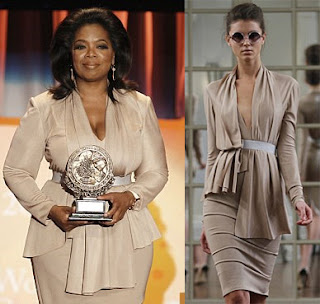 I mean OPRAH WINFREY has worn one of her dresses. As well as loads more celebs.
Victoria has been in New York for fashion week to show her autumn/winter 2011-12 collection and was so excited to say she has shown her 100th dress. It wasn’t only dresses; she has a fab range of handbags and has collaborated with the master Christian Louboutin for her debut shoes designs.
The collection is bang on trend with much looser fabrics and more movement, also the colours are much brighter in rich sunset tones. As you probably all know VB tends to love very structured clothing but she has said:
“As I’ve become more confident, in my own skin, I realized I wanted to give women the freedom to be more comfortable”.
I have noticed with her own style that she has started wearing slightly less fitted clothing at times (even before she became pregnant, so it’s not just to cover a baby bump!)
VB is incredible at juggling her family and career but she is never one to complain. She has finally got her dream job and I really hope her career will develop so she can prove to the media that she didn’t need to have the best singing voice after all.


Posted by The London College Of Style at Thursday, February 24, 2011

The London College Of Style